We are not winning the war against crime 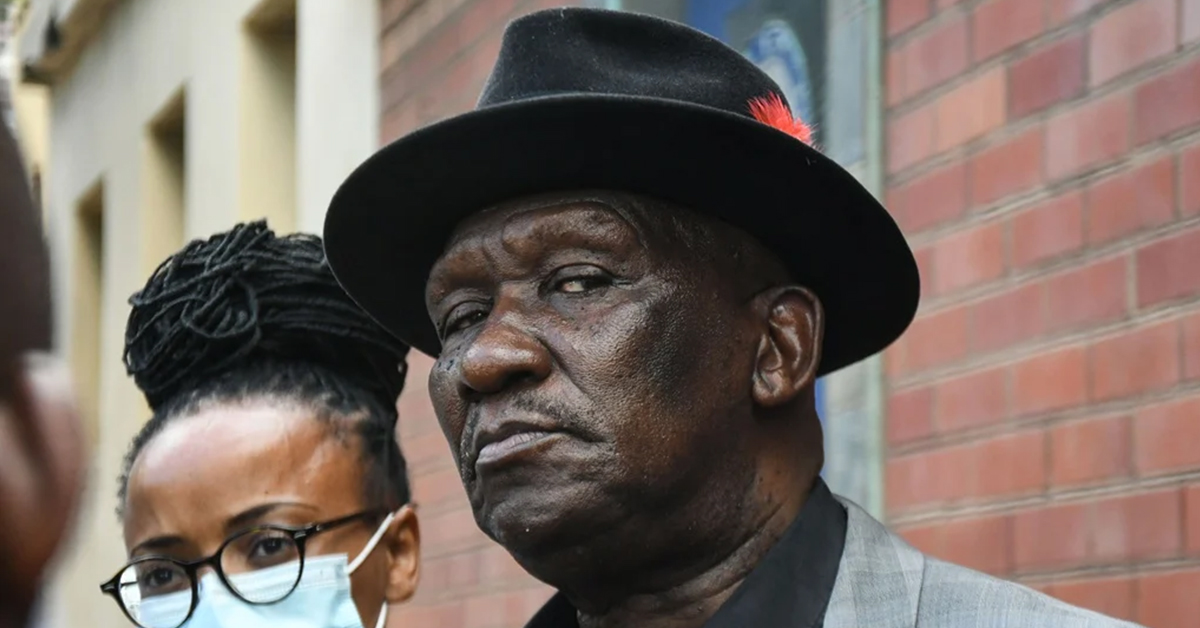 The latest crime statistic reveal that crime continues to be a problem that contributes to the plight of all South Africans, but women and children in particular, write Tamara Mathebula, Thubelihle Zitha, Lindelwe Motha, Thabani Mdlongwa and Mpelo Malebye.

Earlier this month, police minister, General Bheki Cele, announced the official release of the national crime statistics for the fourth quarter of the 2021/22 financial year period. During a media briefing on the release of the crime statistics, Cele said that the first three months of 2022 were violent, brutal and unsafe for many South Africans, compared to the festive season.

He also pointed out that the murder rate is up by 22,2% with 6 083 people killed during the reporting period. This was an increase of 1107 murders compared to the same period in 2021.

Cele, pointed out that the period January to March 2022 was especially brutal for the women and children with double-digit increases recorded for murder, attempted murder and assault GBH for women.

Overall, there was a 15% increase in contact crimes such as murder, attempted murder, sexual offences and all categories of assault, compared to the corresponding period of the previous financial year.

“Contact crime refers to crimes in which the victims themselves are the targets of violence or instances where the victims are in the vicinity of property that criminals target and are subjected to the use of or threats of violence by perpetrators”.

Contact crimes also include categories of crime related to gender-based violence and femicide (GBVF) that is currently affecting women and girls at endemic levels in the country. 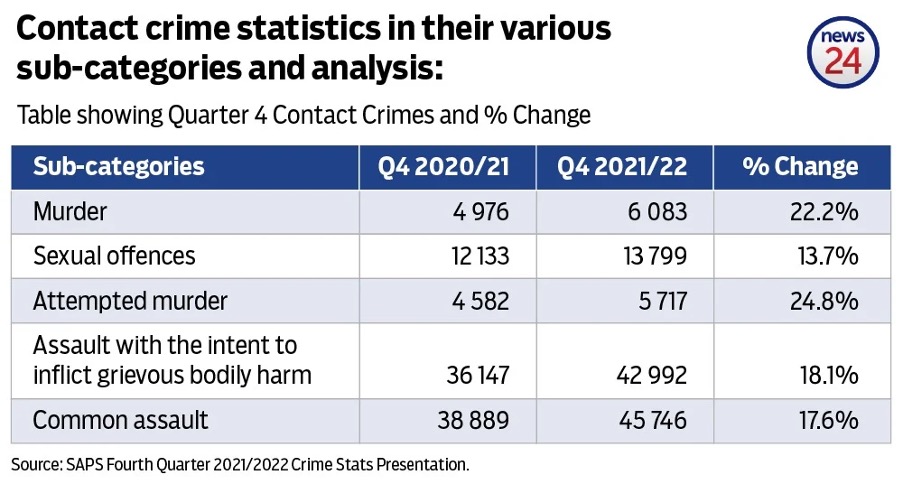 As seen in the above table, the sub-categories of contact crimes include, murder, sexual offences, attempted murder, assault with the intent to inflict grievous bodily harm as well as common assault.

As already mentioned, out of the 6 083 people killed in the country, 898 of them were women and 306 were children under the age of 17 years.

These figures are especially concerning for the Commission of Gender Equality (CGE) which continues to advocate for, and track processes geared towards the formation of a National Council for Gender-Based Violence and Femicide (NCGBVF) as well as the implementation of the National Strategic Plan (NSP).

In terms of percentages, this is an increase of 17.6%. Evidently, none of the above sub-categories of contact crimes saw decreases in 2021/22, alluding to the unfortunate reality that South Africa (regardless of all available resources and related policies) may be losing its fight against crime.

A longstanding criticism of the police is that the reported figures only cover cases that were reported and recorded at their police stations. In other words, SAPS statistics do not reveal the true nature of the extent of sexual offences in the country as many of these crimes go unreported.

A significant increase in rape cases was reported in the fourth quarter of 2021/22. The previous quarter recorded 9 518 reported cases of rape while in the same quarter of year 2022 an increase in cases of rape was recorded, and it amounted to 10 818. This in an increase of 13.7%. This is despite various interventions over the years by the state, civil society organisations, and other role-players to address this challenge.

Sexual offences remains on the rise

It should be categorically stated that there has been an overall increase in total sexual offences in 2021/22. This rise in figures shows that sexual offences remain unabated despite various interventions over the years by the state, civil society organisations, and other role-players to address the challenge.

Overall, the latest crime statistics indicate that South Africa has a serious and ongoing challenge when it comes to combating crime.

Attempted murder saw the highest increase in contact crimes, reporting a total of 5 717 cases for attempted murder while there was a also a huge jump in cases in the attempted sexual assault sub-category since last year.

Crime continues to be a problem that contributes to the plight of all South Africans, but women and children in particular.

The CGE will continue to use its constitutional mandate to monitor the implementation of the SAPS & GBVF Strategic Framework as well as community involvement and outreach and education programmes. However emphasis needs to be put on the training and capacity building/curriculum review of police officers.