The war on women and children will turn a tide 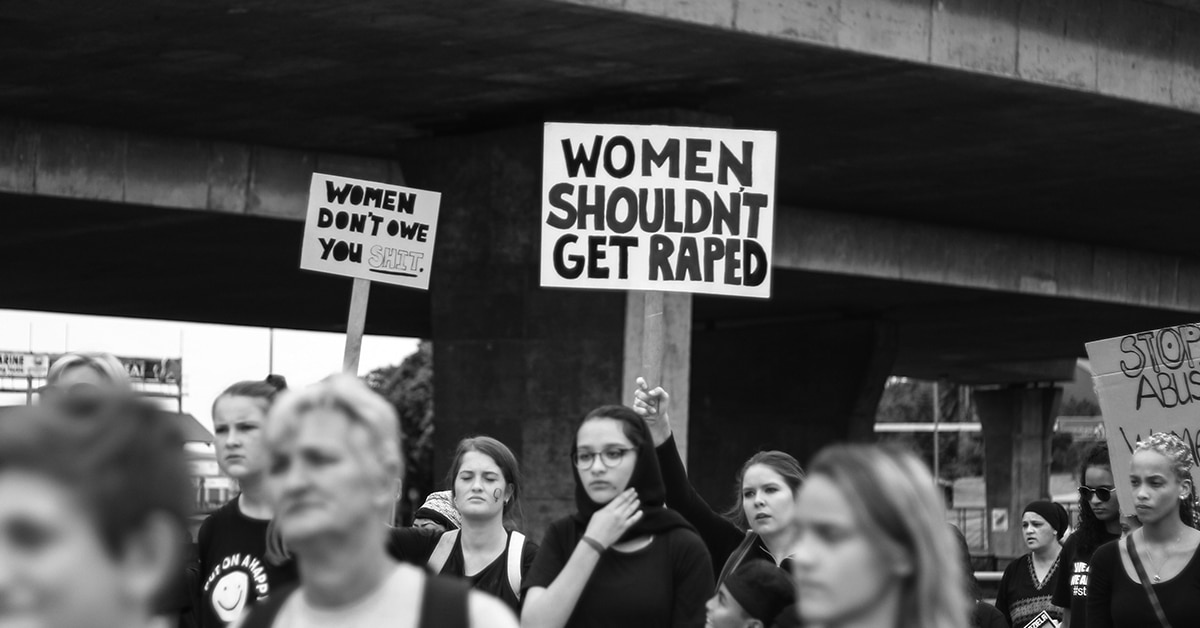 Driven to state debt levels of more than 55% of GDP we have seen selfish, parochial interests servicing a parasitic elite that has grounded the country’s economy and fast tracked the country into an almost failed African state. After the insurmountable explosions around State of Capture Commission and the allegations around the siphoning of funds amongst State Owned Enterprises we have seen several national responses that were long awaited. Long overdue but they are promising for the renewing of the hopes of the state to fulfil its developmental role and meet its debt obligations. We see the revival of crime busting unit, the appointment of a new head of the NPA, the appointment of new Commissioner of SARs, the financing of an elite support unit that will wage war on illicit tax gains and another such unit within the NPA that will fight corruption. Now this is on the back of monies lost, South Africa being indebted, our credit ratings on shaky ground, a country growing at less than a percentage point. A crippled economy.

The Centre for the Study of Violence and Reconciliation reported troubling findings in their 2017 study titled “Violence Against Women in South Africa: A country in crisis.” The statistics will numb you, but not as much as the harrowing details given by real lives affected by Gender Based Violence (GBV) at last years Femicide and Gender Summit. In South Africa, 1 in five women have experienced physical violence, if poorer the statistics show a bleaker picture of 1 in every three women. Financial dependence is a factor when women consider leaving their violent partners, it does appear that women who are economically empowered may develop greater capacity to free themselves from abusive relationships.

Femicide levels in this country are five times higher than the global average. The most shocking is that three women die at the hands of their partner daily. That is an estimate of far too many lives, too many mothers, sisters, daughters, aunt’s, cousins, whose lives are ended suddenly. Due to criminal actions perpetrated by men who profess their love for them, yet gruesomely shorten their lives in normally tragic and extremely violent situations.

The ceremonial declaration the Commission of Gender Equality welcomes and supports as it is long overdue. However, the ceremony must be accompanied by a clear directive to finance the mechanisms and institutional bodies that are mandated to fight gender inequality and all forms of gender based violence. The scale of deterioration of public sector agencies has attracted a robust action by the state to rebuild the institutions. We would encourage the same focus and emphasis on the public institutions mandated to strengthen efforts to fight GBV and support the empowerment of women. More than R400 million in the Medium Budget Statement was set aside for the Commissions of inquiry into tax administration and state capture. Imagine if the same amounts were paid to legal representatives of those who suffer at the hands of sexual crimes. Imagine if a proportion were given to institutions embodied in our constitutions whose mandate is to reduce and eradicate GBV, to deal with the backlog of sexual offences related cases in our courts. Imagine if the same caliber of lawyers that represent state agencies at the Zondo Commission were provided for the poor and marginalized because this is a national crisis? Cases must be fast tracked not only for the powerful and well known, but for those who are not public figures and not in the limelight. Justice must not be entrenched for the rich alone. We support this declaration as it signals a turning of the tide, but we required the government to invest in women.

We have seen the first ever Femicide and Gender Based Violence Summit that was held in St. Georges as a positive response by the President and the government. The courts, police stations must be sufficiently resourced, however society must understand that this is a societal problem that laws alone cannot change. It is people who must safeguard our mothers and sisters, daughters and partners. It is fathers that must teach their sons, uncles their nephews that being a man is not about entitlement, usurping power over women and that women must report perpetrators. National expenditure shows R93.8 (2017) and R99.1 billion (2018) was spent from the national budget for police services and a further R43.2 (2017) and R45.7 (2018) billion for law courts and prisons. Low convictions rates, lengthy periods in the completion of cases, availability of rape kits are a few indicators driven by the availability of finance and human resourcing of institutions. These all aid to curb violence using existing institutional mechanisms that must be resourced and strengthened – we need not always create new structures. If people know they will not get away with it, it will change their behaviour. The probability of being convicted in the minds of perpetrators remains very low, and this is what needs to be dealt with decisively.

The lives of women and children are far more important to society than economic gains. Without women, mothers, sisters, daughters there would be no future generation. Society would cease to exist without them. Let us protect and nurture the most vulnerable. The nation, its people together with the state needs to make deliberate efforts on institutional reform, financial support, and human capacity focus on strengthening the fight against the war on women and children. This war they fight without the weapons necessary for combat, it is only the government and society that can arm them.