The Slow pace of transformation 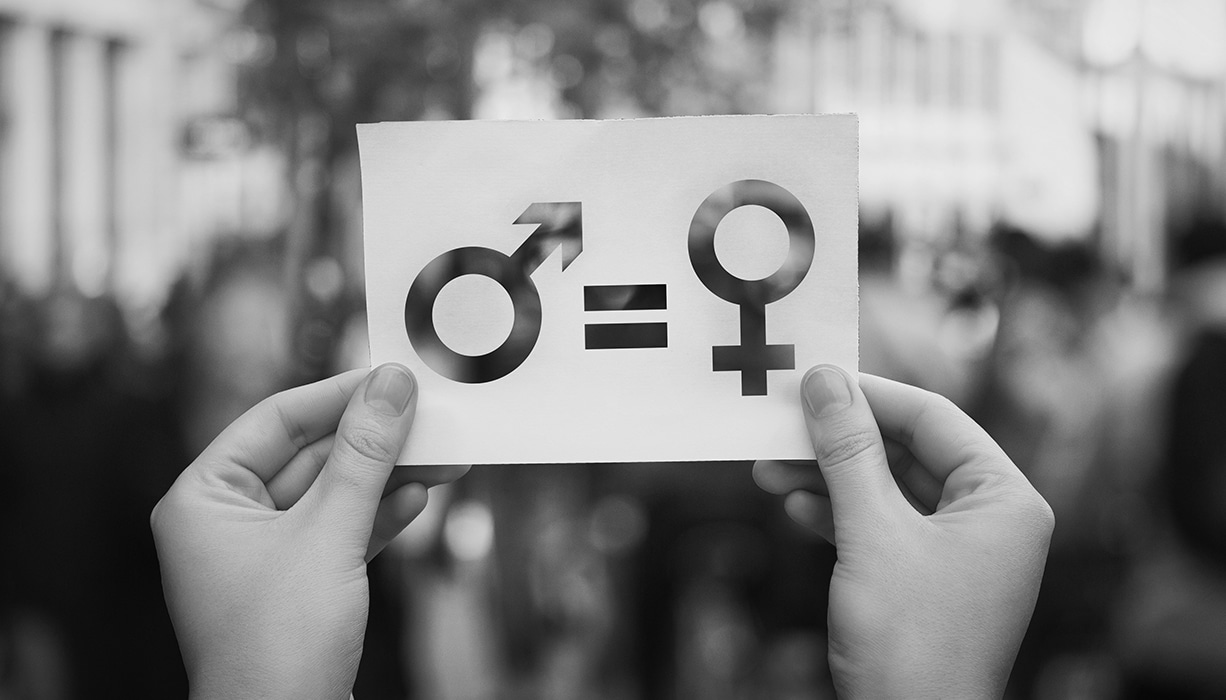 The Commission for Employment Equity (CEE) has released its16th annual report for the 2015/16 period.   Statistics reveal very slow progress in appointment of women to top and senior management positions.  Analysing trends evident from CEE reporting over the years, it is apparent that although great strides have been made in recruiting, appointing and developing skills of women for placement in professional qualified and skilled/technical tiers, where in fact economically active population (EAP) targets for women have been met, there is stark evidence of persistent resistance to appointing women to top and senior management positions, evidence of deeply ingrained prejudice and discrimination in the workplace.  In addition, an outright unlawful labour practice in the form of the gender pay gap persists, with South African women estimated at earning R74 for every R100 earned by their male counterparts, for undertaking work of equal value.  It is no wonder that recent studies indicate alarmingly high levels of skilled professional women migrating to countries where women’s economic participation is taken more seriously.

The CEE notes in its report that the intention behind employment equity legislation and reporting is to eliminate unfair discrimination in the workplace, and to provide for affirmative action measures and other interventions to ensure equitable representation and facilitate transformation in the workplace.  Globally, transformation in the workplace is recognised as not only being a development imperative, but one of a series of best practice that make business sense, in terms of organisational effectiveness and performance.  Companies need to adapt, manage diversity and enact best practice to be responsive and competitive in their environment.  They need to consciously address barriers to attracting and retaining talent.  The notion is that for a country – and a company – to reach its full potential, it needs to harness and nurture ALL its talent, and the potential of its working population.  In a context where women constitute 51% of the population, and half of a country’s potential talent base, a nation’s competitiveness depends on how it educates and utilises its women.

The World Bank notes that there can be no growth in the absence of equity, and that there is a direct correlation between gender equality and the economic performance of a country, measured by its gross domestic product (GDP).  Globally, estimates place women’s contribution to a country’s GDP at 35-45%, without factoring in the unpaid care work that women bear in addition.  The World Economic Forum’s Global Gender Gap analysis report for 2013 reveals that while progress has been made in addressing gender gaps in education (now at 93%) and health (96%), not enough measures have been put in place to address women’s economic participation (60%) and political empowerment (21%).  At the current pace of transformation, the WEF estimates that it will take 81 years to attain gender parity in the workplace.  South Africa is ranked 17 out of 136 countries in this study, having closed the gender gap by 75%.  Our gender gap for women’s economic participation stands at 65%, and that for women’s political participation at 39%.  Estimates are that at our current pace of transformation, we will take 20-30 years to reach parity in the workplace.

Looking at CEE annual reports from 2002, through 2012, to 2016, the following progress and trends can be observed for women in the various job categories:

These findings mirror the BusinessWomen’s Association 2015 Census findings, which reflect the following:

The CEE has noted previously that key drivers for transformation are recruitment, promotion and skills development.  The following statistics in relation to top management (TM), Senior management (SM), for black women and white men, in this regard are illuminating:

And further in relation to stats for women in these four employment categories, in the public and private sector, the following for 2016:

What do these statistics tell us?:

Not only are women encountering discriminatory practices in their attempts to get into leadership positions, but across the board, women experience discrimination in relation to their remuneration.  Globally, the gender wage gap stands at 24%, and the WEF in 2015 estimated that the gender wage gap in South Africa stands at 26%.  The CEE has acknowledged this issue, and in recent amendments to the Employment Equity Act, now recognises the gender wage gap as an unfair labour practice.  The Act’s regulations provide criteria for employers to assess work of equal value, and the Code of Good Practice on Equal Pay/Remuneration of 2015, provides guidelines on pay equity and the elimination of discrimination in pay practice.  Entities are required to review their remuneration policies accordingly and eliminate discriminatory practices.  Any affected female employee can lodge a grievance with her employer in such an instance, and if not resolved, can take this to CCMA for conciliation or arbitration, and ultimately to the Labour Court.

Recent studies undertaken by the Organisation for Economic Cooperation and Development (OECD) reported on in the Business Day have indicated alarming levels of migration of professionally qualified women to OECD countries.  South Africa has the highest number of highly skilled and professional women migrating, compared to all other African countries.  In the period 2010-2013 nearly 500,000 such women emigrated to either the US, UK or Australia.  In the period 2010-2011, the number of women emigrating outstripped the number of men.  The WEF Global Gender Gap study finds that Nordic countries such as Iceland, Finland, Norway and Sweden, have closed the gender gap by 80%.  Other OECD countries such as Ireland, New Zealand and Switzerland are included in the top ten performing countries in this regard.

Many of these countries have adopted a quota system to promote women’s economic participation, with countries such as India, Germany, Malaysia, Italy, the Netherlands, Denmark and Japan enacting legislation requiring between 30-40% women’s representation on the Boards of listed companies.  Countries that have taken active measures to close the gender gap and promote women’s economic participation are attractive destinations for women frustrated by the slow pace of transformation in the South African workplace.  As a country, we face the risk of losing talent and potential to these countries unless significant measures are put in place to accelerate the pace of transformation.

The CGE proposes that both the state and employers bear a responsibility to accelerate women’s economic participation, through gender transformation in the workplace.  It is the government’s obligation to enact appropriate policy frameworks to improve women’s access to and opportunities within our economy.  Through legislation, the state must ensure that women have the same rights, responsibilities and opportunities as their male counterparts.  This has largely been addressed through the introduction of the Employment Equity Act, the Promotion of Equality and Prevention of Unfair Discrimination Act, and amendments to our labour legislation.

However, bearing in mind that equal treatment does not result in equal outcomes, and that to move from a situation of formal equality in law, to a position of substantive equality, affirmative action measures are required in situations where discrimination, prejudice and inequality are rife, such as the South African workplace.  The UN Sustainable Development Goals (replacing the MDGs) have included a stand along Goal 5 on gender equality, which requires as a target by 2030, women’s 50/50 representation in all occupational levels.  This requires states to enact legislative and other measures to attain this target, which would be bolstered by 50/50 legislation.  The CGE is of the view that South Africa needs to adopt a quota mechanism that would require all listed companies to comply with a 50% representation of women on their Boards of Directors, to keep in step with global best practice in this regard.

The state further needs to implement more effective women’s economic empowerment measures, opportunities and support.  This includes setting quota for state tenders, to ensure women- owned enterprises benefit from these opportunities, assessment of access to business finance, training programmes, and compiling databases of qualified women graduates.  In addition, through basic and tertiary education policies and programmes, the state should enact measures to encourage uptake of Science, Technology, Engineering and Mathematics (STEM) subjects by female learners, their recruitment to Technical Vocational Education and Training (TVET) colleges and other institutions of higher learning, to boost the number of women in the technical and professional sectors.  Measure are required to facilitate women students’ access to bursaries, scholarships and learnerships, and address gender based violence and sexual harassment at tertiary institutions, which impacts on women students’ attendance and progress at these institutions, where sexual abuse is normalised.

Equally, companies need to create a workplace environment where all their talent can flourish.  This requires them to enact policies and measures to remove barriers to the entry, advancement and retention of women in the workplace, and that provide equal opportunities for women to rise to positions of leadership, particularly in senior and top management positions.  These clearly include appropriate promotion, recruitment and skills development policies and practices, but also include measures such as:

South Africa has established a Constitutional and legislative framework that promotes equality and outlaws discrimination, yet the high levels of prejudice and discrimination inherent in South African society are finding their way into company boardrooms.  It is a leadership responsibility to address transformation and manage diversity in the workplace, and Boards of Directors and Chief Executive Officers of companies must be held to account for ensuring not only legal compliance, but also organisational effectiveness and productivity.  Equality in the workplace is not only a human rights issue, but also a development imperative.