No Strings Attached: The Only Kind Of Health Care Aid We Want From The U.S. 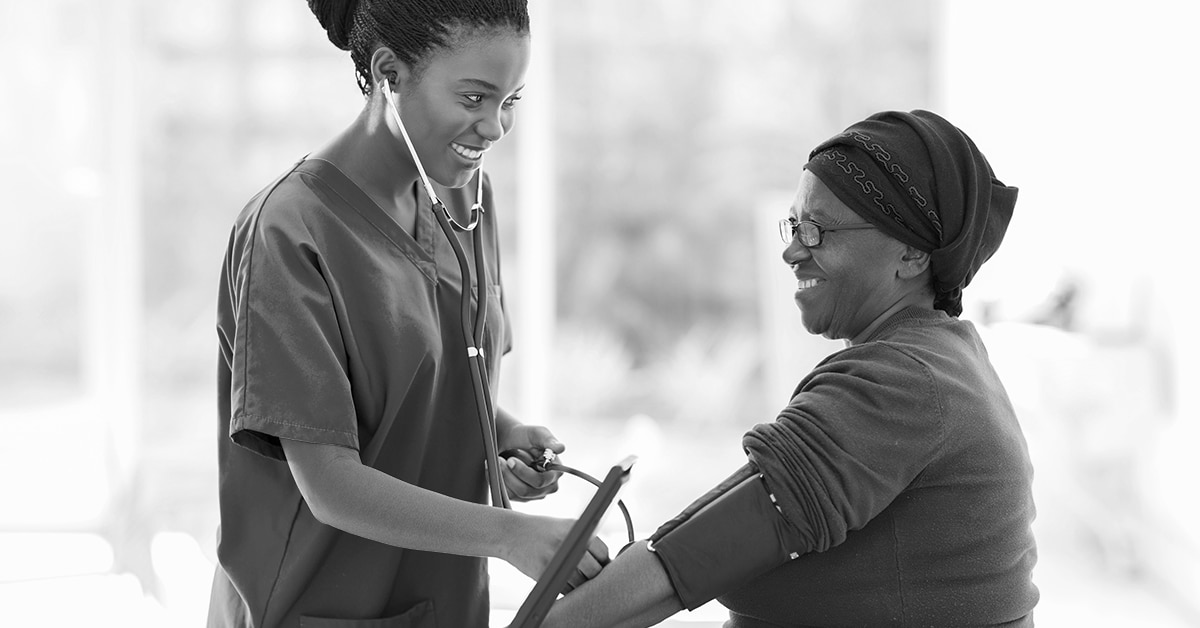 Rose* traveled to three different health facilities in Gauteng province, in need of medical attention – she had already missed two periods, was uncertain if she was pregnant, and needed help right away. However, Rose left each clinic without a proper clinical examination, pregnancy confirmation, referral note, or even a proper medical history conversation. During one of these visits, she was sent away by a clerk, and during another, she was told the only nurse who performs abortions is on leave. But without access to proper care, Rose resorted to spending the little money she had on buying black market pills that promised a quick abortion, putting her at risk for hemorrhage, sepsis, and even death.

I met Rose when she shared her story on Facebook. In the absence of a national, evidence-based health communications campaign, women in South Africa turn to social media in search of guidance. As a doctor, I’ve learned to use social media as an advocacy tool in order to spread the word about access to sexual and reproductive health information, including safe abortion care.

Surprisingly, South Africa has one of the most liberal abortion policies, the Choice on Termination of Pregnancy Act (CTOPA). Yet public health information about rights to this procedure are severely lacking. Details of where to seek a safe procedure are not available, even on the National Department of Health’s (NDOH) website. In fact, NDOH’s paternalistic leadership has even spread myths and misinformation about abortion as a deterrent. There is an overwhelming gap in health literacy in South Africa – even those who are otherwise well-educated have very little knowledge when it comes to knowing their rights about contraception and abortion.javascript:false

It took Rose two weeks to raise funds to get medical care at a private medical clinic. By then, she had experienced a failed medication abortion and needed to have a procedural abortion, which is more expensive and required even more time to complete. As a result, Rose also missed her college exam. The delays Rose experienced, subpar medical care she received, and education threats she faced illustrate why reproductive rights issues are human rights issues.

As you can imagine, Rose’s story is all too common in South Africa.

COVID-19 has further tested South Africa’s health care system and, as in many countries around the world, reprioritized and redirected resources from sexual and reproductive health care to pandemic care. As a doctor, I’ve witnessed firsthand the challenges of contraception shortages, decreased access to condoms, and an increase in inquiries regarding the gestational cut off for abortion. Public transport curfews have added another obstacle to safe abortion care, forcing patients to risk police and military brutality to access reproductive health care. While the debate over what is considered “essential” in my country continues, both the South African and U.S. governments have largely overlooked the need for quality reproductive health care and were doing so long before this pandemic.

Even during this uncertain time, South Africa must prioritize the health of patients like Rose and people across the country, providing them with sexual and reproductive health services and information about their reproductive rights (SRHR). While COVID-19 continues to threaten and harm communities across my country, sexual and reproductive health care funds should not be diverted to the pandemic response—both efforts must be funded according to need. Without this funding, women and girls will continue to be disproportionately impacted by this pandemic.

Sadly, the vulnerability of women’s and girls’ health in South Africa is not new. Access to reproductive health care has been a challenge for South Africa’s broken reproductive health care system for decades, from a lack of medical training in comprehensive abortion care to a shortage of generic medicines due to registration delays and long waiting periods. And while the South African government has failed us through the years, foreign aid policies—especially those of the United States—have played a major role in endangering the lives of women and girls throughout the country.

In 2017, Donald Trump imposed his expanded Global Gag Rule, which bans health care providers that receive U.S. aid from even mentioning the word abortion. As a result, organizations and clinics around the world, including in South Africa, have been forced to make the impossible choice between giving up vital U.S. funding and continuing to provide abortion services. Since Trump was inaugurated, health care agencies around the world have been forced to close clinics, lay off staff, and reduce outreach and advocacy efforts, and have seen serious shortages in supplies. All this while unsafe abortion remains a public health crisis in much of the world. Up to 31,000 women die every year due to unsafe abortion, and 97 percent of these deaths occur in developing countries. That is at least three deaths every hour. The Global Gag Rule exacerbates this reality, which is unacceptable.

COVID-19, Trump’s funding restrictions, and my government’s lack of prioritization of reproductive health care make it impossible for health professionals like myself to do our jobs.

We — doctors, health care practitioners, NGOs, and vulnerable communities around the globe — need foreign aid without harmful, partisan conditions. Governments around the world, including the U.S., need to be held accountable for the impact their policies have on the lives of all people.

The good news is that the U.S. House of Representatives is already in the fight to permanently repeal the Global Gag Rule through the Global Health, Empowerment and Rights (HER) Act and has passed this bill through its chamber twice. Now it’s time for the U.S. Senate to do the same.

For Rose and all South Africans, I urge the U.S. Senate to pass the Global HER Act, and I urge the South African National Department of Health to protect our people’s right to a safe abortion by honoring the CTOP Act and spearheading an evidence-based health communications campaign to elevate the sexual and reproductive health rights of people across my country.

There is no time to delay. People’s lives are at stake.

*Denotes name is a pseudonym.