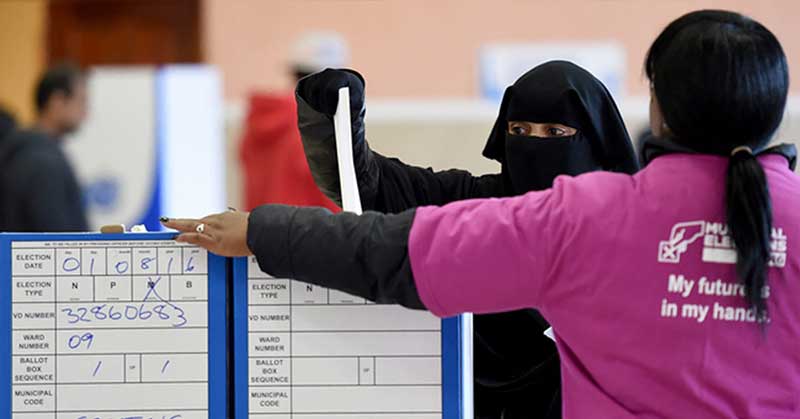 OPINION: Some major political parties have made progress by adopting internal mechanisms, such as the 50/50 quota to promote women’s representation and participation, which has helped increase the representation of women, significantly, in previous elections, writes Dr Thabo Rapoo.

On November 1 this year, South Africa will once again hold its local government elections, that occur every five years, to elect local councillors for the 257 municipalities distributed across the country.

Municipalities serve an important political function of promoting local democratic participation, representation, and accountability to local communities. They are sites for decision-making, on the allocation of limited but critical resources necessary for local economic development, infrastructure development, and delivery of basic services.

Therefore, political control of any of the eight Metros (City of Johannesburg, City of Cape Town, Ekurhuleni, eThekwini, Buffalo City, Tshwane, Mangaung, and Nelson Mandela Bay) in the country is an important political goal for the major political parties. Also, this is one of the key reasons why gender activists and practitioners pay attention to issues of gender equality in the political representation and participation of women, particularly in key office bearer positions such as executive mayor, council speaker, mayoral committee member, etc.

There is little doubt that such blatant inequities in the representation of women, including in leadership and decision-making positions, in any sphere of government, can hardly be justified. South Africa has no shortage of women politicians capable of fulfilling the roles and discharging the responsibilities attached to these positions.

The Constitution, and numerous domestic gender equality legislative and policy frameworks, together with its binding commitments to international and regional treaties, and declarations on gender equality, render such obvious discriminatory practices a violation of the basic right of women to political equality. This is so even before a case is made to describe the potential benefits of women’s participation in politics and governance.

Municipalities constitute the lowest sub-national tier of government in South Africa. Yet it is extremely critical, not only politically, but also administratively. Administratively, the quality of the services delivered by municipalities to local communities has a direct and immediate impact on the lives of citizens and is likely to contribute to improvements or a deterioration in the quality of life of local communities.

Of the three types of municipalities for which elections will be held on November 1, district and local municipalities are the least endowed with financial resources, and therefore likely to depend on financial transfers and grants, from the national and provincial governments, to fulfil their service delivery responsibilities. For instance, district and local municipalities can only raise 18% and 65%, respectively, of their revenues from local sources, such as service charges for water, electricity, sewerage, and sanitation, refuse collection, and other sources.

The eight metros are relatively well endowed with financial resources, including better tax bases. They can raise up to 83% of their revenue needs from local sources. Many of these metros control bigger budgets than the provinces in which they are located, which therefore renders them politically high-value prizes. It will, therefore, come as no surprise that some of the fiercest political contests, in upcoming municipal elections, will occur in these metros. After the national and provincial governments, the eight metros are the next high-value political battlegrounds, where party-political contests for control will rage fiercely in the next few weeks of campaigning.

Many of the routine decisions, including the policies and programmes pursued by municipalities or other levels of government, have a bearing on the lives of women. For instance, local level decision-making, in areas such as local economic development, land use planning, local enterprise promotion, community safety, low-cost housing, street lighting, and others, can impact positively or negatively on opportunities for women’s empowerment.

Therefore, a fair representation and participation by women in such processes is bound to yield significant benefits to these processes, especially by infusing the perspectives and experiences of women in policy and decision-making processes.

This creates an obligation on the political parties and political leadership, to put in place the necessary policies and effective processes, to promote gender equality in political participation and representation of women in government.

Some major political parties have made progress by adopting internal mechanisms, such as the 50/50 quota to promote women’s representation and participation, which has helped increase the representation of women, significantly, in previous elections.