21 years after the Domestic Violence Act, we should be doing better 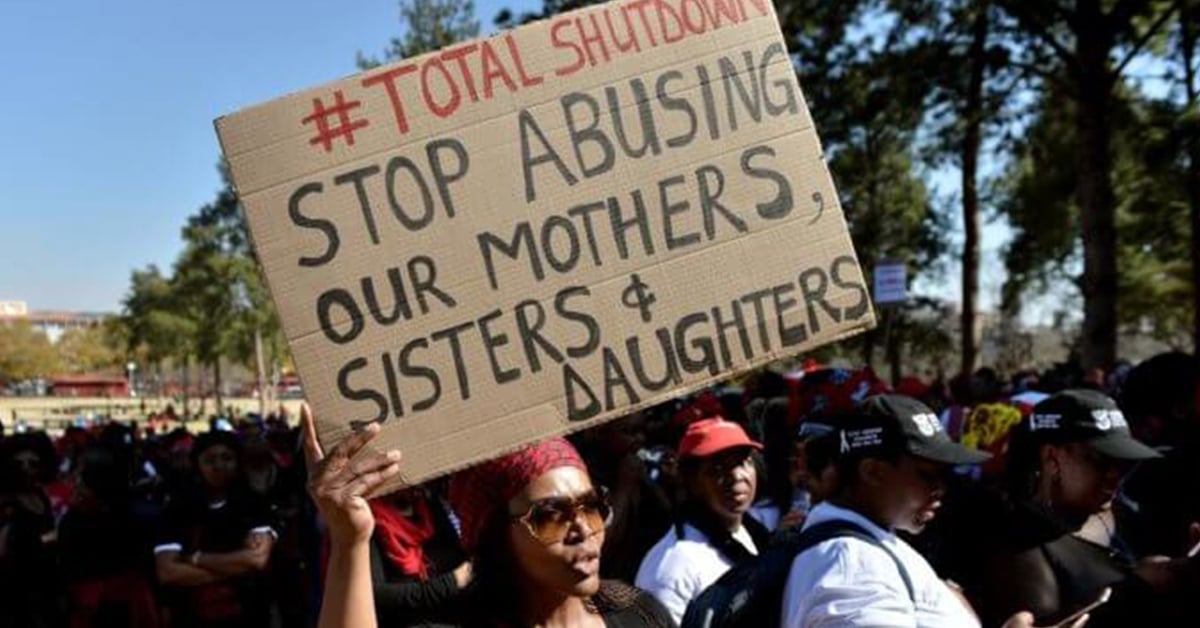 Maya Angelou, civil rights activist and woman writer is quoted as saying, “Do the best you can until you know better. Then when you know better, do better.’’ It is 21 years since the Domestic Violence Act was passed, we should be doing better. South Africa is a violent country. We have a violent past. Unless we find solutions for the sources and manifestations of this violence, we will have a violent future. We need to start with what we know if we are going to make informed decisions about what to do.

We know that intimate partner violence and corporal punishment can start an inter-generational cycle of violence. When children are exposed to, witness, or experience violence in their homes, they are more likely to see this violence as normal and go on to perpetrate violence in their adulthood. We know 56 percent of children report lifetime abuse by caregivers, teachers and relatives. Therefore, we know that to address violence against women, we have to address and prevent violence against children, and we have to address violence within families and intimate partnerships.

We also know that patriarchal gender norms affect our beliefs about the use of violence, shaping our ideas of when it is appropriate to use. One recent measure of these norms indicated that there are people (both men and women in this particular survey) who believed it was sometimes acceptable and justifiable for a man to hit a woman.

Although that survey reflects just a small percentage of South Africans, our statistics on protection orders and domestic violence point to a much broader problem. The Department of Justice reported that there were 395 628 civil cases of domestic violence in the 2016/17 financial year, and in 2017/18 when only 81% of courts gave figures, 209 920 were reported. This means that in the last two financial years alone, more than half a million instances of domestic violence were reported to the Department of Justice where people were seeking a protection order to stop their abuser from abusing them. Half a million. Almost a thousand a day in 2016/17.

The 2017/18 figures give us some detail on the types of domestic violence taking place, showing that emotional, verbal and psychological abuse were the most common, followed by physical abuse, then other controlling behaviours. That year, there was also an increase in criminal domestic violence cases, though the Annual Report doesn’t clearly define what types of cases these were.

We also know that intimate femicide (the murder of a woman by her intimate partner) occurs at extraordinarily high rates in South Africa, with 2012 research suggesting that every eight hours a woman is murdered by her intimate partner. The 2018 crime statistics showed that 852 in seven provinces where trends were analysed were as a result of domestic violence. In addition, a police officer was killed on duty, and ten police officers were killed off duty, in cases of domestic violence. In seven of these eleven cases, the perpetrators were also police officers.

So what should we do?

It’s clear that domestic violence is a social crisis, that needs urgent solutions. It’s clear that the norms that encourage violence are deeply entrenched. The solutions cannot only be responsive or reactive. By the time someone reports abuse, lives may be at risk, trauma has already occurred, and an inter-generational cycle of violence may already have started. There must also be a concerted effort to address the cycle of violence, to challenge and shift the norms and values that condone abuse, and to provide safe housing for people trying to leave violent relationships.

Research from the Children’s Institute at the University of Cape Town reflects the latest evidence of strategies that work to address family violence and suggests seven integrated approaches to addressing violence against women and children, based on UNICEF’s INSPIRE strategies. These seven approaches are explained in detail in their publication, but in summary, they include, among other things, developing an integrated implementation strategy for current laws, and a fully-funded programme of action that incorporates collaborative solutions, addressing the norms and values that facilitate violence by addressing the structural drivers of violence, poverty, and substance abuse as well as creating safe environments by changing the social norms underpinning violence against women and children, and promoting positive gender and power relations.

There is also great evidence that having a safe place to escape from abuse can turn around the lives of the women leaving violent relationships and the lives of their children – shelters are thus not only a response strategy to violence but a prevention strategy for future violence. They have a long-term positive impact.

Yet, as ongoing research from the Commission for Gender Equality and others shows, shelters that provide housing for women and their children leaving abusive relationships face several challenges. This includes insufficient and inconsistent funding of shelters, late payment of subsidies, security risks, infrastructural problems, a lack of standardised salaries for employees doing the same role, a lack of compliance to policies, and no standardised approach to accommodate LGBTIQ persons. Based on these and other issues, the CGE ha made a number of recommendations s to the Department of Social Development to improve these services. Article 9 of the Gender-Based Violence Summit declaration also commits the state to take action in this regard. This month the Department of Women, Youth and Person with Disabilities and the Interim Steering Committee on GBV and Femicide is undertaking consultations on the draft National Strategic Plan on GBV and Femicide which should also provide a guideline on where too from here.

This year marks 25 years after South Africa’s first democratic election, and 63 years after the 1956 Women’s March which showed South Africa the might of women’s solidarity. This month also marks one year after the #TotalShutDown marches across our country that called for an end to Gender-Based Violence. By this point in our history our law, regional and international commitments, and our national plans and policies have helped us to know better. With the support of evidence-based research and information including continuous engagement with key stakeholders, it is now time for us to do better to address domestic violence.