Dying to be men 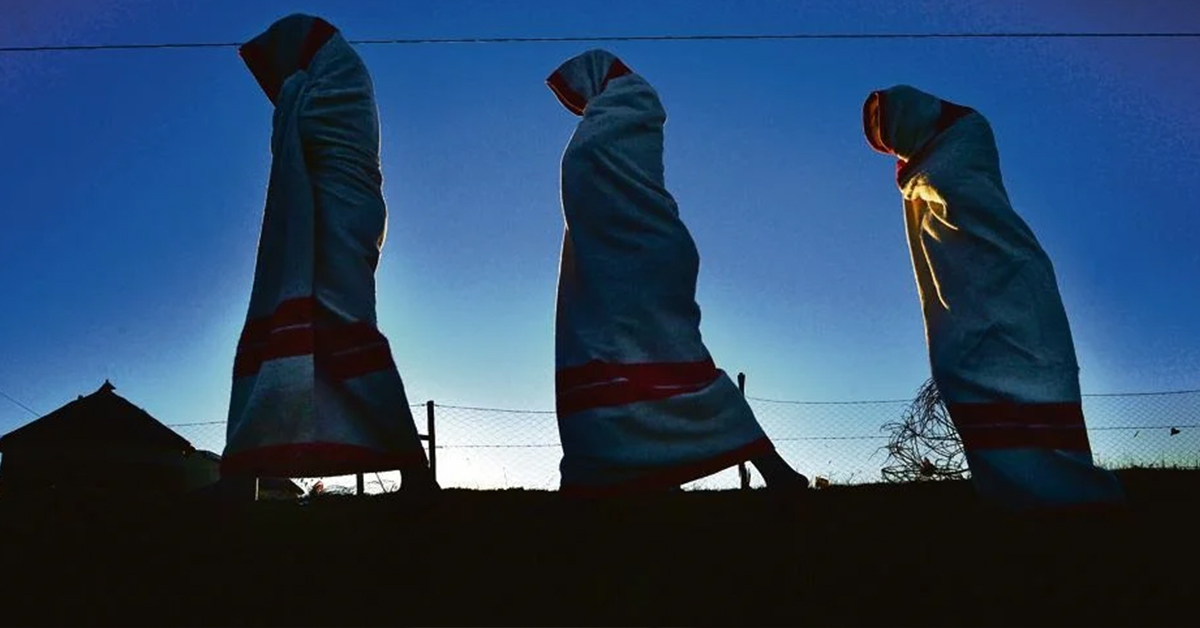 Initiation is one of the world’s oldest traditional practices that has been observed across many cultures. In South Africa, the practice is observed among Nguni groups, which include the amaXhosa, amaZulu, amaSwati and amaNdebele people. The practice is also observed by other ethnic groups, including BaPedi, the Southern Sotho people, Masemola, Lemba, the Matlala of the North West, the Mamabolo of the Woodbush, the Shangaan-Tsonga, VhaVenda, Balobedu, BaHananwa, Letswalo, Khaha and Tswana people.

Undergoing traditional initiation is a means of attaining identity and honour for those who practise it. The practice is also considered an important, exciting part of the upbringing of young men, without which they can neither participate in the social activities and affairs of their communities nor take up the advances of women to prepare for marriage. Initiation is further considered as the rite of passage to manhood, which is a source of pride for young men across different tribes within the South African society.

South Africa has, however, in the past few years witnessed heightened media reports of botched circumcisions, poor health outcomes and fatalities of boys and young men admitted at initiation schools. These atrocities are often associated with the emergence of unregulated practitioners who operate initiation schools without the approval of government.

In the December 2021 initiation period, The Cultural, Religious and Linguistic (CRL) Rights Commission reported that 10 deaths had been witnessed at legal initiation schools, while the illegal schools accounted for 18 deaths in the Eastern Cape. The National Assembly’s Portfolio Committee on cooperative governance and traditional affairs (Cogta) in July 2022 conducted oversight visits in the same province and reported that there were 66 legal initiation schools, while 68 others were operating illegally in the OR Tambo District Municipality alone.

It is clear from these figures that not only did the bogus initiation schools account for the highest number of fatalities, but they were also higher, which potentially shows the extent of the situation more broadly in the country.

The Commission for Gender Equality (CGE) thus conducted the study to establish the root causes that have led to the decay of this well-intended traditional practice.

This article is based on a study that was conducted by the CGE in the 2020/21 financial year to examine factors that lead to the emergence, persistence and prevalence of illegal initiation schools in South Africa. The study was undertaken in four provinces, including the Eastern Cape, Free State, Limpopo and Gauteng as they were identified as the provinces with the highest prevalence of illegal initiation schools in the country.

Purposive and snowball sampling techniques were utilised to select participants, based on their comprehensive knowledge of the operations of initiation schools and the sector in general. Individual in-depth interviews were conducted with the participants, while two focus group discussions were conducted in the Free State, with the intention of triangulating the methods of data collection to ensure the robustness of the data. Data emanating from the study were analysed using thematic analysis and were presented in the research report under the various themes identified for the study. Lastly, the research ethical principles of confidentiality and anonymity were observed in the study.

Findings of the study

With regard to the prevalence and location of illegal initiation practices, the study found that illegal operations were often conducted secretly. The rationale behind this conduct was to avoid detection given the legal consequences for those involved. This made it hard and almost impossible for law enforcement agencies to gather sufficient and reliable information on the occurrence, patterns, and scale of the prevalence of illegal initiation schools in the four provinces selected for the study. It should be noted though that in some cases, the participants of the study stated that illegal initiation schools were known to the public and law enforcement agencies.

In Gauteng and the Free State, there were clearly identifiable locations and residential areas in specific municipalities where such illegal initiation schools were likely to operate, but with no intervention from law enforcement agencies.

In the Eastern Cape and Limpopo, the specific patterns of geographic locations and prevalence were not clear.

The CGE learnt that illegal initiation schools were often characterised by kidnapping and assaults and these were often reported to be dominant by the Basotho initiation schools. There were Lesotho nationals who reportedly crossed the border to South Africa to abduct young men and boys who would then be taken to initiation schools in Lesotho without their parents’ knowledge. These culprits were alleged to be operating freely, while several boys’ and young men’s rights were being grossly violated. Furthermore, in Gauteng and the Free State, some schools were fraudulently registered. Allegations were made that fraudulent registration papers were being issued by local municipality personnel at a cost, without following the procedures of vetting as per the provisions of the rules and regulations of initiation schools, thus making it difficult to differentiate authentically registered initiation schools and those issued with illegal registration papers.

Regarding factors that contribute to the emergence and persistence of illegal initiation schools, ‘push and pull’ factors were identified as playing a key role. ‘Push factors’ are explained as those conditions and circumstances that compel the initiates (often against their will) to subject themselves to the practices of illegal initiation schools. ‘Pull factors’ are those factors that are attractive and positively associated with the act of initiation, circumcision, and the cultural and eventual social positioning associated with the transition to manhood status. These factors, as a result, encourage the initiates (and their legal guardians) to view this process as favourable.

In terms of the pull factors as defined earlier, findings revealed that initiates voluntarily subjected themselves to initiation and circumcision practices by illegal and unregistered facilities. This was done by initiates without considering vital issues that were most likely to impact their lives. Issues of great importance, such as healthcare, safety and security, food security, shelter, access to water and sanitation, which are crucial basic human rights services that need to be taken into consideration as per the initiation rules and regulations were simply ignored or even not considered at all. The findings revealed that initiates attended these schools to show respect for the cultural practice by both the caregivers and the initiates; the idea of transitioning from boyhood to manhood; and the promise of the benefits of being an adult, such as the ability to take a wife and be given adult responsibilities, and thus avoiding the disrespect that comes with being an uninitiated young man or boy.

The factors discussed above proved to be playing significant roles in driving young men towards illegal rather than legal initiation schools and subjecting them to risk their health, welfare, safety and their lives in general and degrading or devaluing a culturally dignified tradition.

The CGE concluded that the existence of illegal initiation schools was widespread and dangerous to young boys, even though actual figures could not be obtained to establish trends and comparisons due to the clandestine and sporadic manner in which illegal schools operated.

It appeared that the social benefits of being a graduate outweighed the risk of undergoing a potentially harmful and even fatal route of illegal initiation by those who enrolled in these schools.

Another conclusion drawn was that the various issues identified in the study outlined that the traditional initiation sector struggled with not only the lack of effective enforcement of current laws, rules and regulations but also a lack of effective, direct and ongoing monitoring of the activities of the schools.

In light of these conclusions, the CGE recommended that Cogta ensured that norms and standards for oversight, monitoring and evaluation of the work of traditional initiation schools were enacted in line with the new Customary Initiation Act, No 2 of 2021. The Commission further recommended that the SA Police Services at a provincial level, alongside other municipal policing bodies developed and strengthened their detective and intelligence gathering units to build capacity to fight the scourge of illegal initiation schools and the criminal activities that were associated with them, including kidnappings and killings.

The Commission recommended appropriate and effective education and awareness programmes at the level of the House of Traditional Leaders, working closely with municipalities and other key stakeholders (such as the parents, school principals and educators) in communities affected by the problems covered in the study.

Finally, it is imperative that the CGE works closely with other relevant institutions, which include the SA Human Rights Commission and the Commission for the Promotion and Protection of the Rights of Cultural, Religious and Linguistic Communities to ensure that initiates undergo the cultural practices of initiation and circumcision in safe and secure environments, where their cultural, human and sexual reproductive health rights are not violated.