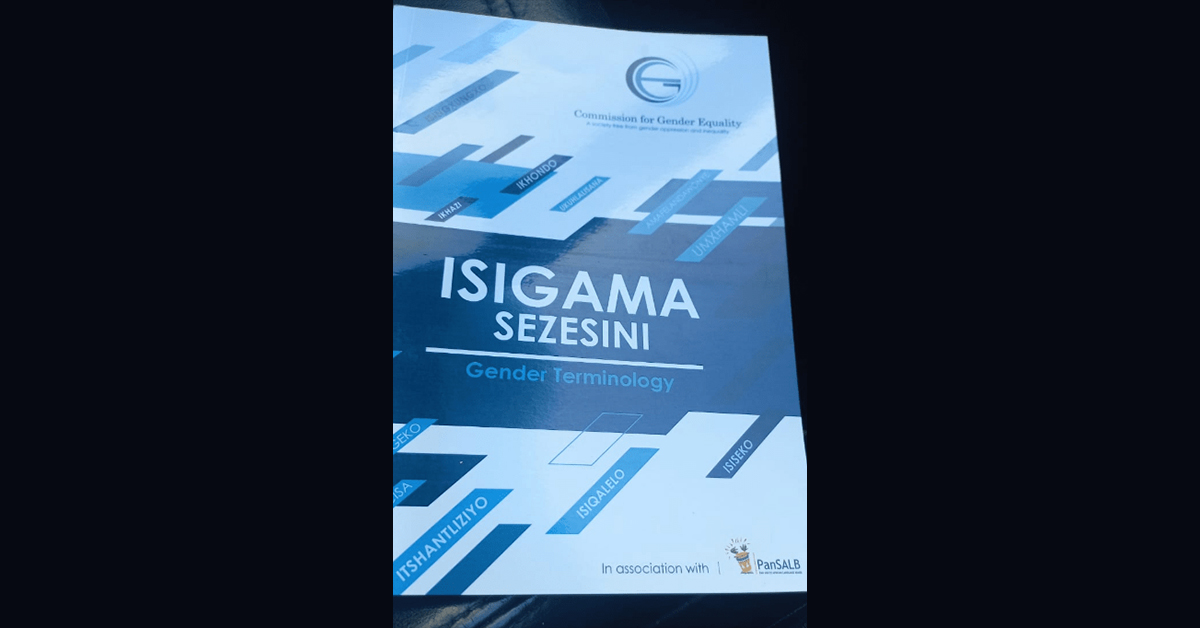 You can now find lesbian, gay, bisexual, transgender and queer in isiXhosa.

On Monday the Commission for Gender Equality (CGE) launched an isiXhosa gender terminology booklet at the Eastern Cape legislature in Bhisho.

The booklet was launched in conjunction with the Pan South African Language Board (Pansalb); the Eastern Cape department of sport, recreation, arts and culture; the provincial language committee; and the Eastern Cape house of traditional leaders.

The commission said it would roll out the project to translate English gender terminologies into indigenous languages in all nine provinces.

Terms such as intersex, sexual harassment, gender equality, abortion, gender parity, gender mainstreaming, gender stereotypes and sexual orientation are recognised in English vocabulary, but not necessarily in other official languages, it said.

The commission’s national project follows the organisation’s acknowledgment that language can create an environment in which human dignity is upheld and human rights protected.

“This language development project is in line with our mandate to educate, inform and empower the public,” Raletsemo added.

The commission has already launched Sesotho and Afrikaans gender terminology booklets, and the isiXhosa version will be available on its website, www.cge.org.za.