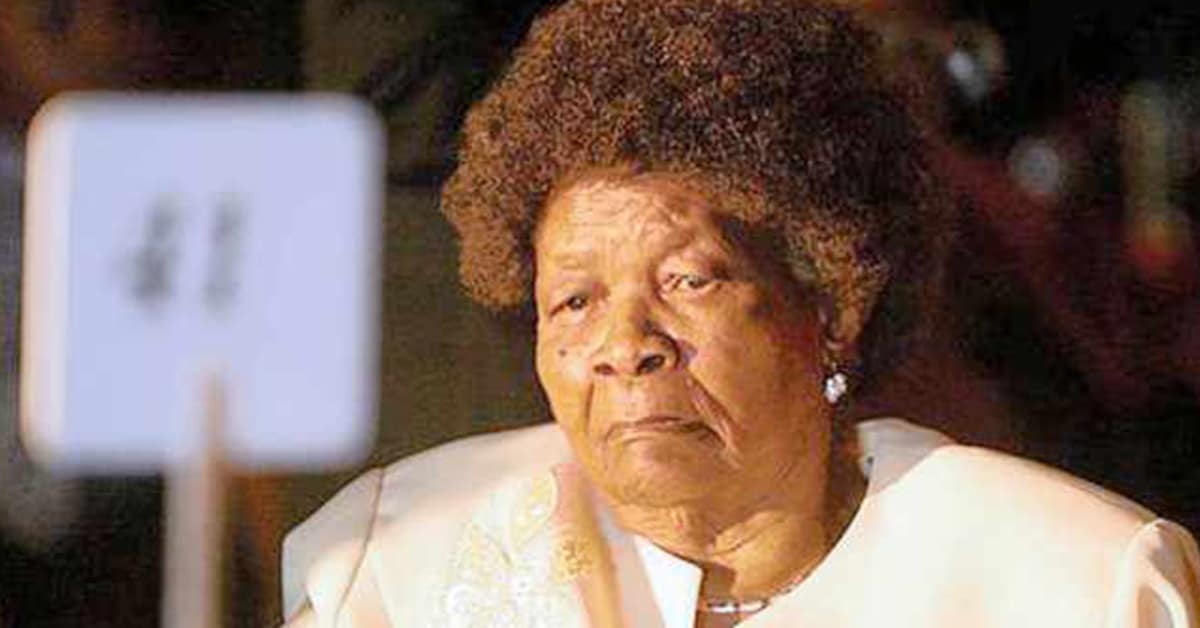 The late Albertina Sisulu was a stalwart who played a significant role in championing the Struggle for the liberation of South Africa together with many other women of her calibre.

It may be written in taught history books that Ma Sisulu was the first woman to be arrested under The General Laws Amendment Act of 1963, and that she was detained in solitary confinement for almost two months.

It was at that point that she faced a bout of interrogation from security police who were eager to break her down psychologically.

Beneath her horrid experience was a determination to fight against oppression in various spheres of the social strata.

It is also known that Ma Sisulu played a significant role in the 1952 Defiance Campaign, formation of Fedsaw (Federation of SA Women) had influence in the drafting of the Women’s Charter, and made a significant contribution as a member and leader of the ANC Women’s League.

It is worth noting that Fedsaw, under the leadership of Ma Sisulu, became involved in the 1955 boycott of Bantu Education as well as the 1956 Women’s protests on pass laws.

The women’s liberation movement was not only concerned about women’s issues per se, but it was concerned about broader societal issues that had an impact on the majority of South Africans in light of institutionalised oppression. The legacy of Ma Sisulu spans the 1940s to the 1980s and beyond.

On the surface this legacy could have meaning to those who care enough to concern themselves about the women’s liberation movement in South Africa; the academics, the curious minds, including young men and women (students) who would find themselves in campus debates which seek to give meaning to where we come from.

In other words, unless we keep memorialising her legacy, that same legacy may just become a point of reference in history, a posthumous lesson that bears less to the significance of her being located within the liberation of this country.

As we ponder Ma Sisulu’s role in the Struggle, it should be noted that the nodal points of her leadership were fashioned to challenge the apartheid system for the emancipation of South Africa through the intersectionality of race, class and gender.

The location of non-sexism in the intersection of the broader cause on liberation for freedom is what is today transposed to multiple layers of what we now term “gender equality” in the modern corpus of human rights. One would argue that the precursor for gender equality in South Africa was framed within the notions of non-sexism.

The transposition of non-sexism to gender equality is indicative of how far the struggle for women’s liberation has traversed the socio-political landscape of South Africa, driven by the likes of Ma Sisulu and carried over by women activists of today.

Equality in the context of gender forms the discourse around equal access to opportunities, equal decision-making within society and equal participation in the workplace and in the economy, among other things.

The question is, why should men care about the legacy of Ma Sisulu and her fallen comrades? Why should all of this mean anything to menfolk?

The choice for men to understand and internalise these fundamentals should never be limited to race or class, but include a firm understanding of how the ideals of non-racialism and classism are almost (if not) equal to the struggle for gender equality.

In the same way that men would rise against racism and class oppression, men should also rise against gender oppression. It would be disingenuous for men to continue being oblivious to the struggle for gender equality when this struggle is similar to the things men fight for in relation to other forms of social oppression.

It would be a betrayal on those such as Ma Sisulu who advanced the cause of non-sexism if men chose to become insensible to the notions of gender equality. Apart from the moral prerequisite for men to care enough about gender equality and related issues, there are also practical reasons why they should care about the legacies of those who fought for women’s liberation. In one recent research report on gender-based violence (GBV), it was established that GBV costs the country R28billion to R42bn annually.

Any businessman would be concerned about how much it would cost the state and taxpayers to deal with gender-based violence in South Africa.

This is another reason why men should care about gender equality. By caring, we will be channelled to espouse the values that Ma Sisulu stood for, but this can only happen if we draw lessons from her legacy because in that legacy lies the reasons why non-sexism or gender equality is necessary.

Gender equality was necessary in past decades in the same way it remains necessary today. This discussion becomes a lot more relevant to current times as we grapple with the scourge of GBV and the involvement of men in the movement towards gender equality.

Academics and media alike will continue to tell us of the current problem of GBV in South Africa. As this continues to happen, men need to ask themselves why it is important to become part of the solution.

In being part of the solution, men should work together with women in solving a societal problem that affects all of us. By so doing men would not only embrace the legacy of Ma Sisulu, but they might draw lessons from it as it is important for them to be part of the solutions to problems associated with gender inequalities.